Final blog for the pallid harrier! 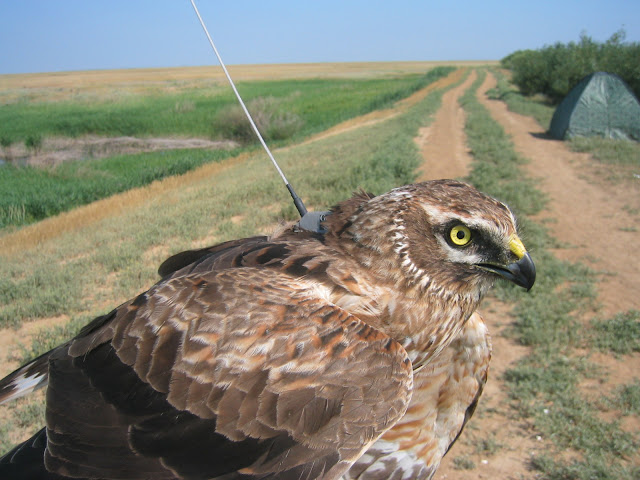 The only pallid harrier that was being tracked by us appears to have died or lost its tag.   We lost the transmitter signal on 17th November in northern Saudi Arabia, while the bird was migrating.  The signal then popped up near a village in Abu Dhabi for a few days (See map below).  While not conclusive, the pattern of transmissions suggest to us that the bird either died or lost its tag, then the tag was picked up by someone and moved to Abu Dhabi.  The lack of recent signals suggests that the tag is either inside or lying so that its solar panels are not in the sun.  Friends of Natural Research living in the area tried to retrieve the tag, but  with no recent signals to work from, were unsuccessful. 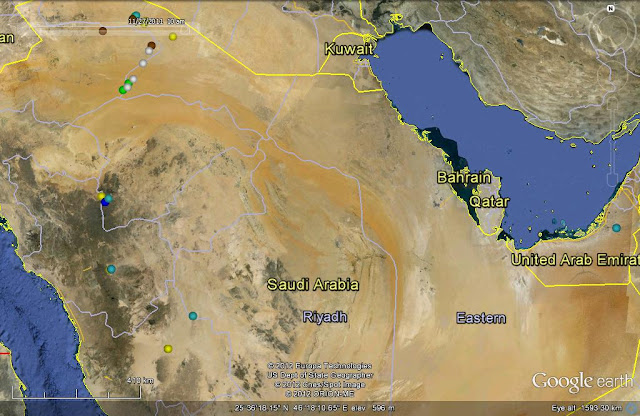 To recap this bird's movements over the last year:  Surprisingly (to us at least), it spent the winter in Syria, far away from the eastern African wintering grounds used during the two previous winters. At the end of March, it started its northward migration, using its “traditional” migration route, crossing Iraq, Iran, the Caspian Sea, Turkmenistan and Kyrgyzstan. It crossed Kazakhstan and apparently found a suitable breeding site (as suggested by a cluster of locations) in southern Russia, in the Omsk region. It stayed in the same restricted area from the end of April to early June, and then left, which strongly suggested breeding failure at the brood-rearing stage.  As a consequence of the apparent failure, post-breeding dispersal started early; the bird returned to Kazakhstan at the end of June and stayed in the western part of the country until it initiated its autumn migration around the 20th of September.

Visit the Natural Research website for details of other wildlife research projects throughout the world. www.natural-research.org
Posted by Hollie at 10:22 1 comment: 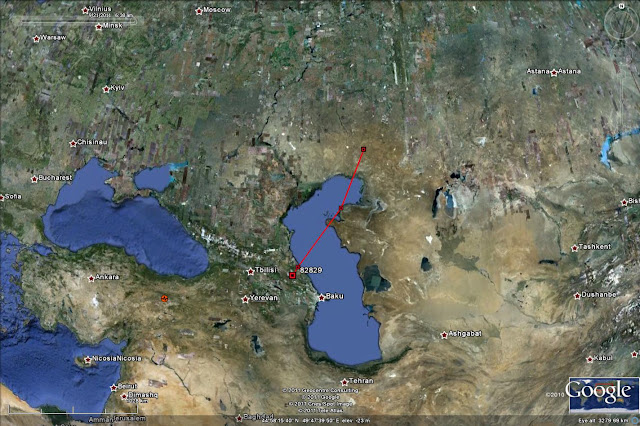 The pallid harrier has started it's autumn migration to Africa. It will be interesting to see which route it takes this year. The bird has travelled nearly 1000km so far!
Posted by Hollie at 05:24 No comments: 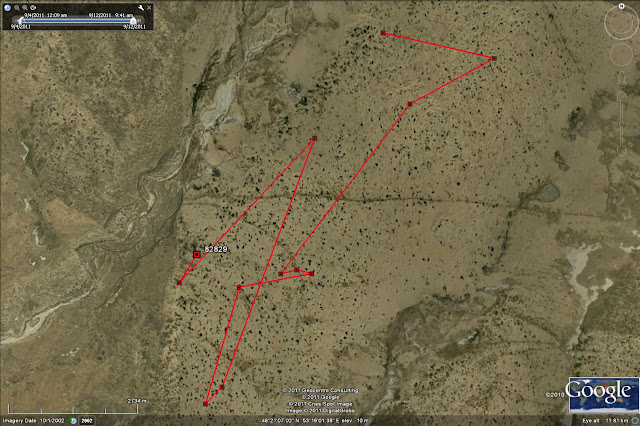 After a journey eastwards in late August (shown on the previous map) the pallid harrier has remained within the same small area over the past week or so, travelling at most a couple of kilometres at a time.
Posted by Hollie at 04:27 No comments: 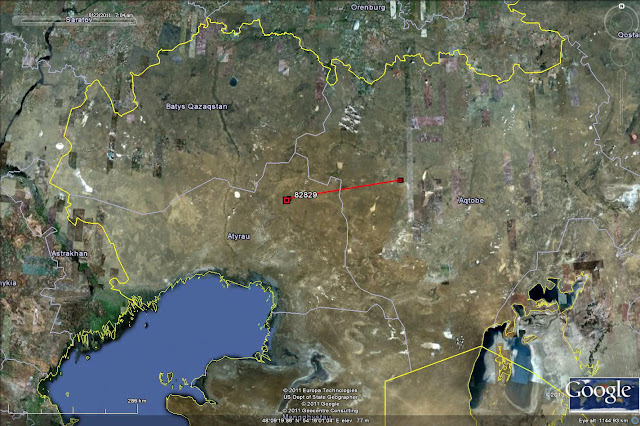 Over the past 9 days the pallid harrier has moved 150 miles towards the West border of Kazakhstan, presently 100 miles north of the Caspain Sea.
Posted by Hollie at 02:23 No comments:

The last pallid harrier that we are tracking remains in Kazakhstan however it has moved further west in the past month.
Posted by Hollie at 08:35 No comments:

The pallid harrier has continued its long journey across Kazakhstan. We will have to see if the bird settles down in the next week or so.
Posted by Hollie at 06:28 1 comment:

This pallid harrier has made a large move south in the past week, travelling back into Kazakhstan.
Posted by Hollie at 06:57 No comments: